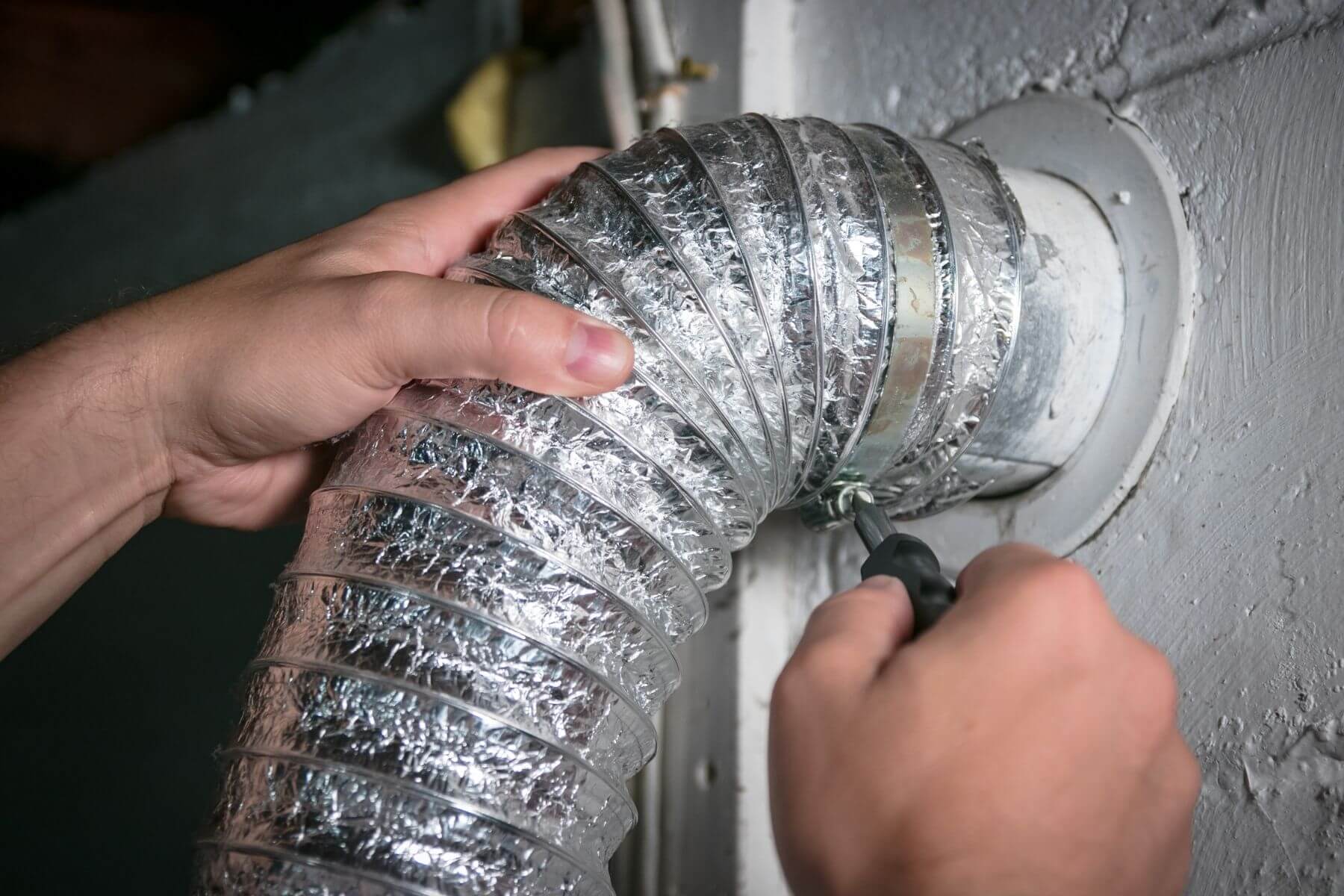 House fires caused by dryers are significantly more common than most people realize, according to InterNACHI, which can be seen in statistics from the National Fire Protection Agency. In 2005, dryer fires caused 13,775 dwelling fires, 418 injuries, 15 deaths, and $196 million in property damage. The majority of these events occur in homes and are caused by poor lint removal and maintenance. Fortunately, these flames are rather simple to put out.

Wet clothing is dried by blowing hot air past it while it tumbles inside a spinning drum. An electrical heating element or a gas burner provides heat. Some heavy garment loads can contain more than a gallon of water, which will evaporate into the air throughout the drying process and leave the dryer and home through an exhaust duct (more commonly known as a dryer vent).

There are several requirements for a vent that exhausts damp air to the home’s exterior:

It needs to be connected. The dryer’s connection is normally behind it, although it could also be beneath it. Make sure it’s actually connected by looking at it closely.

It should not be limited in any way. Where it exit the dryer and enters the wall or floor, dryer vents are frequently composed of flexible plastic or metal conduit, which can easily kink or crush. This is a common issue because dryers are typically tucked away in tight spaces with limited working space. There is vent hardware available that can swivel 90 degrees in a small space without obstructing the passage of exhaust air. The inspector’s report should include any restrictions. Restricted airflow might be a fire hazard.

One of the reasons that restrictions are a potential fire threat is that the exhaust stream carries lint, highly combustible particles of clothing made of cotton and polyester, in addition to water vapor evaporated from wet clothes. Lint can build up in a dryer’s exhaust duct, decreasing the dryer’s ability to evacuate heated water vapor, which subsequently builds up as heat energy inside the machine. Mechanical faults in the dryer can create sparks, which can cause lint trapped in the dryer vent to burst into flames. This situation has the potential to set the entire house on fire. Fires usually start inside the dryer, but they spread by escaping through the air duct, incinerating trapped lint, and following the path of the lint through the building wall.

Metal, not plastic, should be used for transition ducting from the dryer. Plastic ducting melts, allowing a fire to spread. Metal ducting is not fireproof, but it will give you enough time to spot and put out a fire.

Maintain the cleanliness of your dryer vents. As an avid camper, I bring lint with me on camping trips.  This is because lint is extremely combustible and aids in the ignition of campfires. A clogged dryer vent is extremely flammable. Dryer vents should be cleaned at least once every six months.

Inspect Before You Invest.

We love hearing from you anytime!
Call, text or email us if you have any questions or use the online scheduler to set up a home inspection.